The Keelmen's Hospital on City Road up For Sale 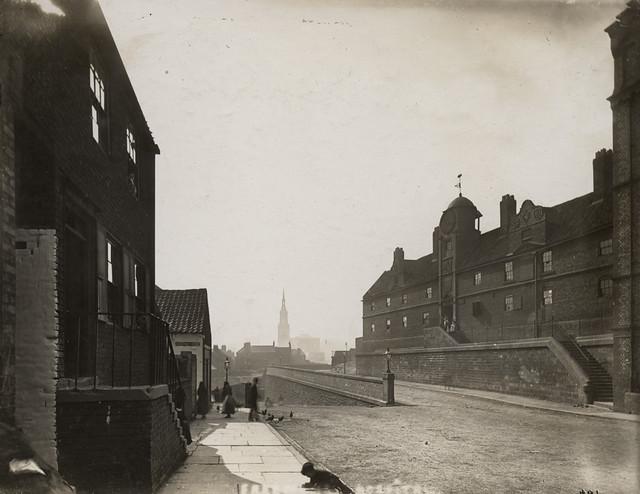 The Keelmen’s Hospital on City Road, Sandgate, is being offered to market for joint sale with the adjacent Men’s Palace.

Owners, Newcastle City Council would like the hospital and the Men’s Palace - owned by the Salvation Army – to be purchased together and have raised the option of linking the two buildings subject to planning permission. However, they remain open minded about the future of the site, and the buildings are available to be purchased individually.

Possible new uses for the Hospital and/or both buildings include a hotel, residential home, housing or a building for learning or community use.

The Grade II-star listed building is in the top 50% of historic buildings in the country.

Although it is wind and water-tight it was placed on Historic England’s at-risk register when students vacated it in 2009.

In 2015 there was a feasibility study to explore future uses for the building including an hotel.

Features include an elevated position with partial river views, a domed tower, 50 chambers and views inwards onto an impressive garden courtyard.

The 1,600 keelmen of Newcastle carried coal from the banks of the Tyne to flat bottomed boats or keels on the Tyne. They loaded the coal from the keels onto coal ships or colliers which sailed to the east coast of London.

They decided to build the Hospital in 1699 and it opened two years later at a cost of £2,000. It was funded by the keelmen agreeing to pay one penny a tide from the wages of each keel crew. The land was given by Newcastle Corporation.

Keelmen were described as "a close group of aggressive hard drinking men" though others praised their good humour, work ethic and sense of community. It was stated one keelman could drink out three pitmen. They lived mainly in the narrow alleyways outside of the city’s walls and rarely worked into their 40s such was the arduous demands of their jobs hauling coal all day long and often at night.